3 years ago today (19 August 2017) Tricia and I were in New York, and saw a great show called The GREAT COMET or it’s fuller title – Pierre & The Great Comet of 1812. We expected to see Josh Groban in the leading role, but he had just been replaced by the actor known as ‘Oak’ from the musical , ”Hamilton”. You will observe that we purchased these tickets from the HalfTix booth in Times Square, but they were still US$91.50 each! 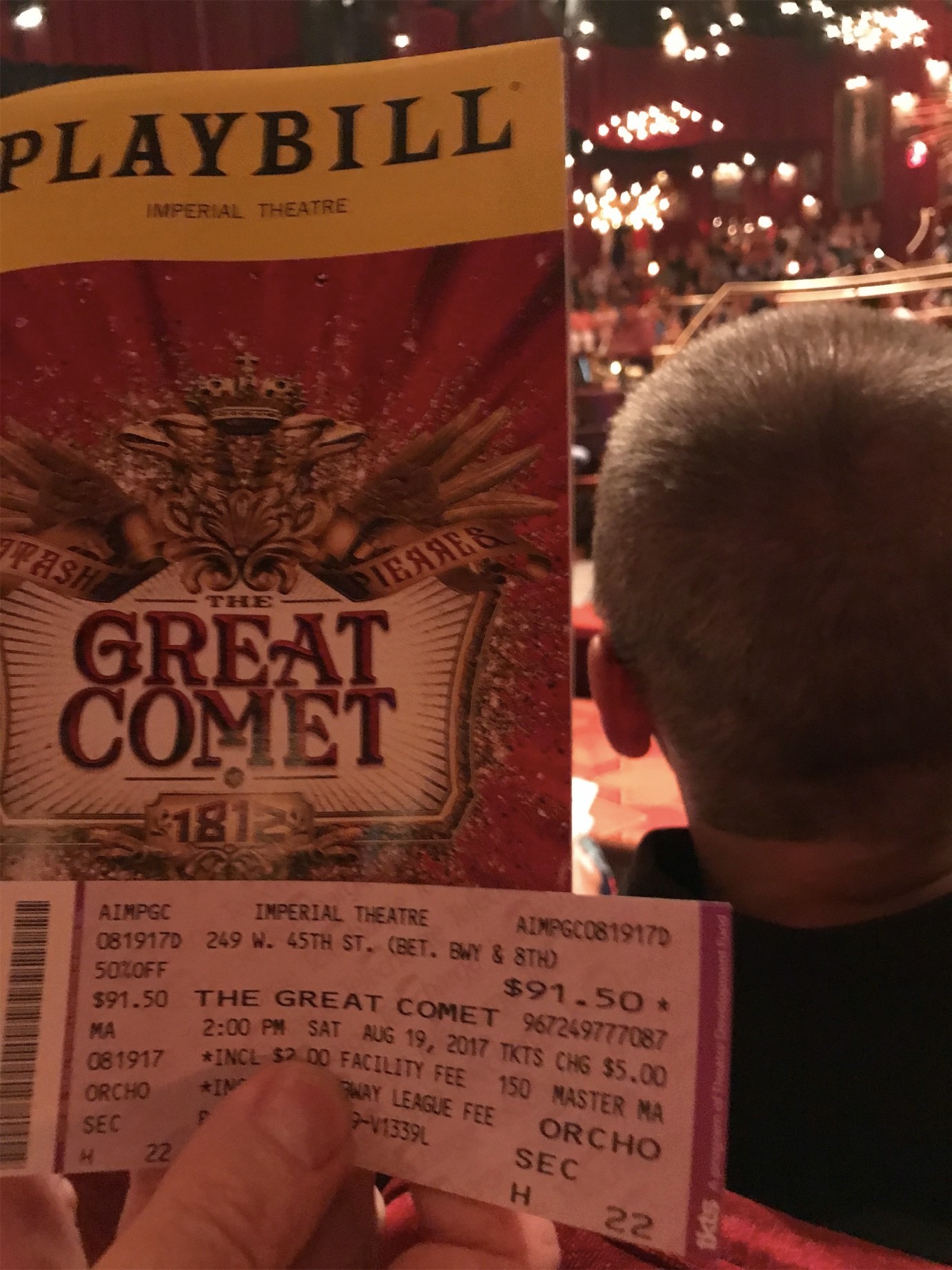 This second pic is from our seats inside the theatre prior to the show starting. Tricia diarised the show and her notes follow.